Marie Labrosse, a master’s student in English literature at McGill University contributed to this story.

Fred Jalbout, CEO, Chairman, and owner of SACO Technologies always knew in the back of his mind that he wanted to be an entrepreneur. After finishing obtaining his degree in electro-mechanical engineering, he began working for a business that manufactured control panels as an assistant technician. Only four months later he was promoted to the role of full-fledged technician, and eight months later he became the production manager for the entire shop. Only a few months after that, he was the new operations manager for the company.

But despite this quick ascent, Jalbout still couldn’t shake the hope that he would one day lead his own company. He felt that the control panels that he was involved in manufacturing were somewhat simplistic and he dreamt of merging the metal sheet control panel with intelligent electronics. He launched SACO with his brother in an attempt to rethink the technology market.

SACO’s big break came in the late 1990s when U2 commissioned Jalbout and his team to build the world’s largest screen for their Popmart tour. Standing at 50 feet high and spanning 150 feet in width, it was the world’s first touring LED screen and is listed in the Guinness World Records—one of the company’s numerous accolades.

“That project opened our eyes to the fact that there is a huge market for LED screens in the entertainment market,” Jalbout said. 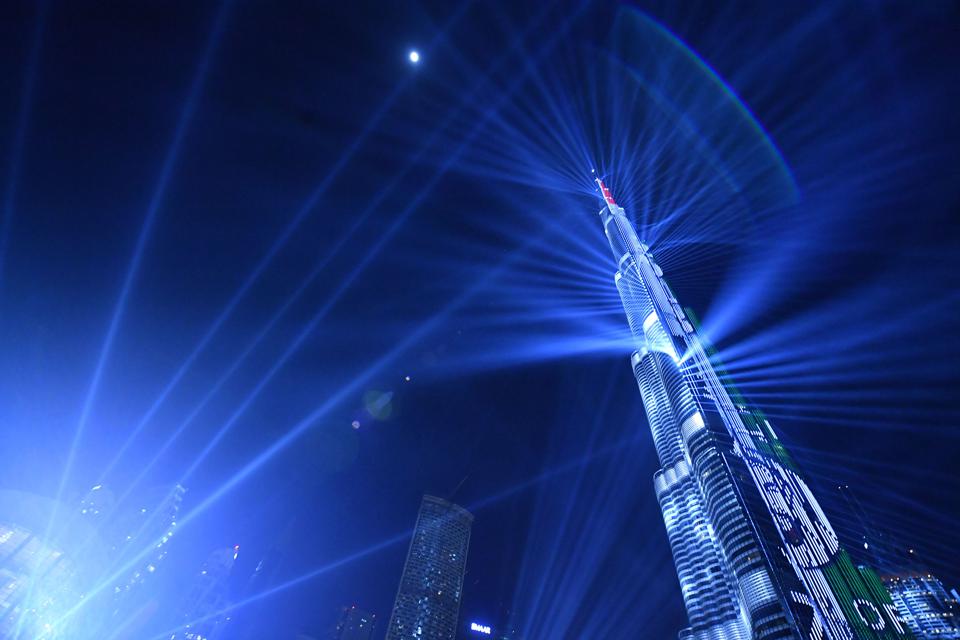 Today, their LED video screens adorn the stages of Celine Dion, Elton John, Taylor Swift, and countless other entertainers. SACO’s screens are also in high demand in the sporting world where they do more than just broadcast replays throughout the arena. Sporting venues are using the LED screens to create special lighting effects on the walls of the stadiums. LED lighting has also found its home in modern skyscrapers around the world including the Burj Khalifa and the Hermès boutique in Singapore, which SACO has helped to outfit with animated lighting.

“There is no limit to what you can do with LED,” Jalbout remarked. “LED has become more powerful and sharper today but it’s always had this potential.”

SACO sets itself apart from its competitors on the LED marketplace by almost exclusively dedicating its efforts to custom-made products. They strive to design products that can fit every one of their client’s desires and as a result the SACO name is synonymous with high-end client-tailored service worldwide.

“To become a world leader, you have to focus your business on something special,” he said. “Competition from overseas and a cheaper price exists, so you have to believe in the product that you design.”

As a result of the global pandemic, much of the events lighting business that SACO benefitted from has been put on hold. Jalbout estimates that it will take up to two years for that sector to restart in full force. Even so, SACO has still retained a large amount of business and has architectural projects slated until the end of the two-year period after which Jalbout estimates live events will resume at full capacity.

“The priority over the next two years is to keep the business and our staff busy and safe,” Jalbout said. “It’s important to look at what is happening day-to-day to ensure that we meet that goal.”

SACO was planning a move to a larger factory before the onset of the pandemic and luckily the current crisis has not hindered this latest development in the company’s growth. In fact, Jalbout plans to add another 300 employees to his already 200-strong team in the near future to assist with the delivery of the sizeable projects that remain on SACO’s docket.

To enable the expansion of the team and the facilities, Jalbout hired a consulting group to oversee the safety of SACO’s staff. It was important that each feel comfortable and have enough room to work in without putting them at risk of contracting the coronavirus. The group recommended that each staff person’s space be increased by a factor of four and that the workspace be cleaned on an hourly basis.

Above all, the changes brought about by the pandemic have had a humbling effect on Jalbout’s leadership.

“SACO is well-known for acting fast and being ahead of the curve,” he said. “Our ability to do that changed when we had to consider and prioritise the short term over the medium or long term. You never know what is going to happen tomorrow.”

To counteract the uncertainty, Jalbout speaks every day with his business partner and his executive committee about what next days or months may bring. By fostering constant conversations around the safety of their business and their employees they feel confident that SACO can thrive even amid a global pandemic.