In the midst of rebuilding a city, this multiplex cinema project in Beirut has 14 rooms in its 1,600 square metres. 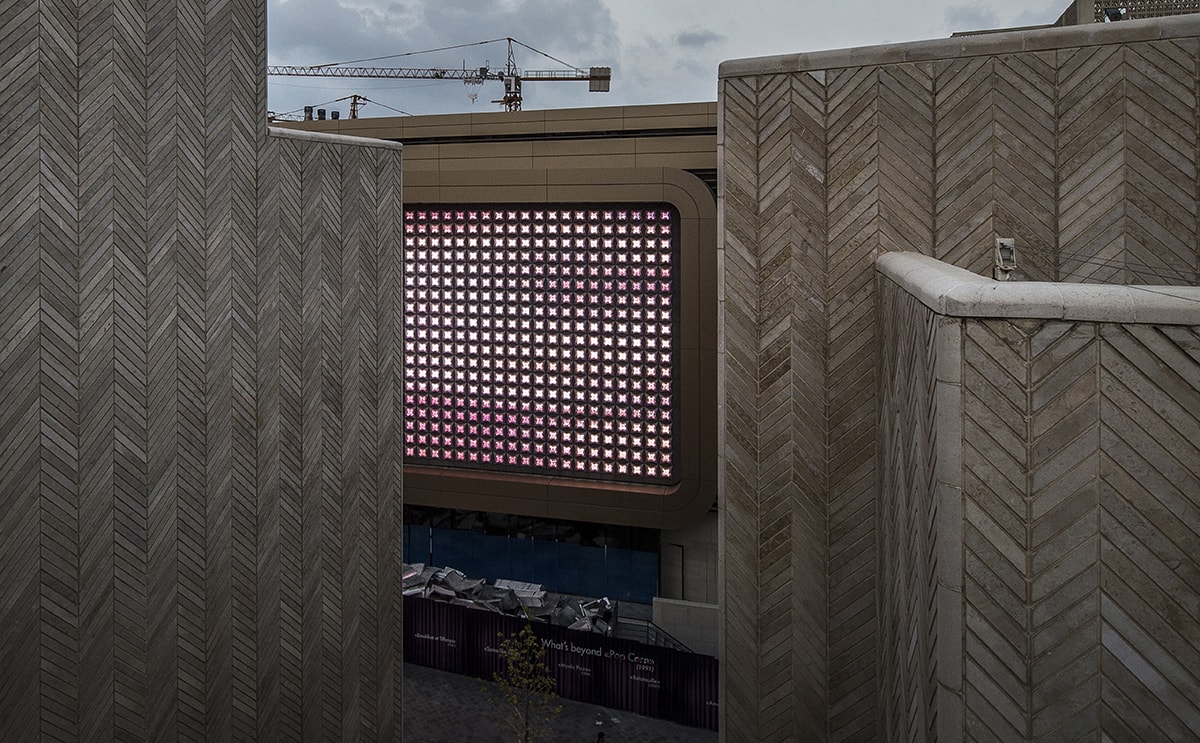 Standing significantly across the city, the building aims to be a landmark that marks the urban landscape. 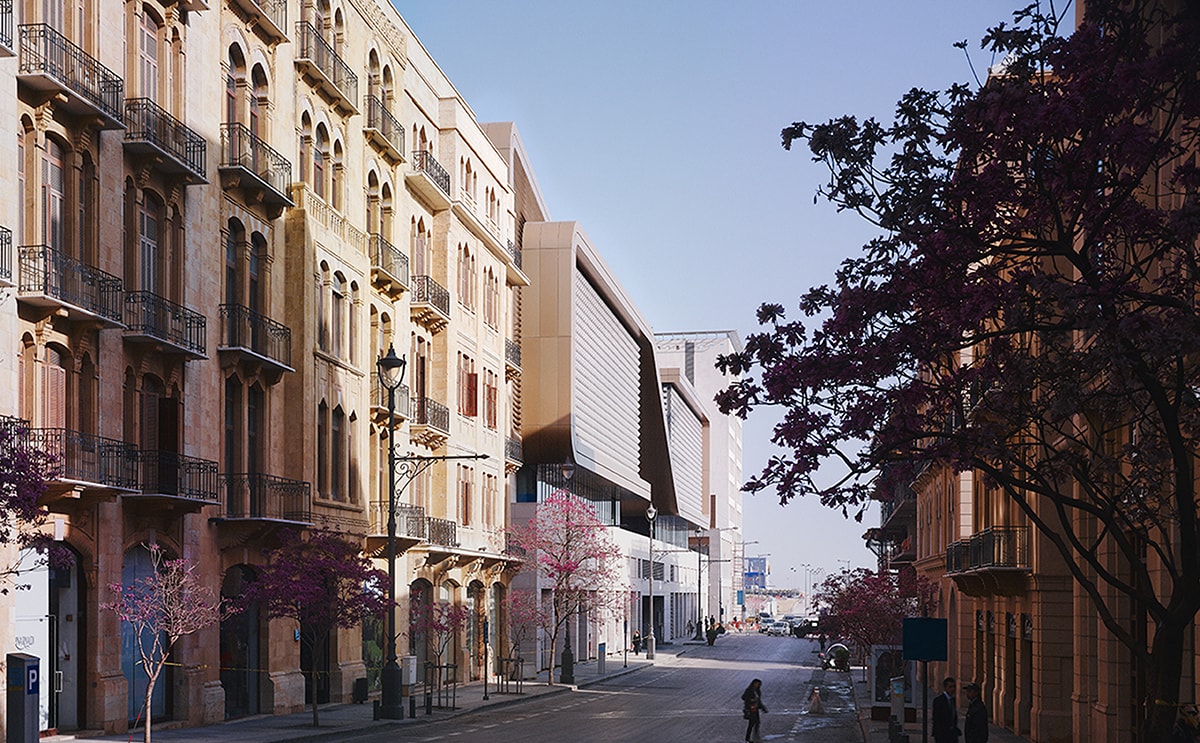 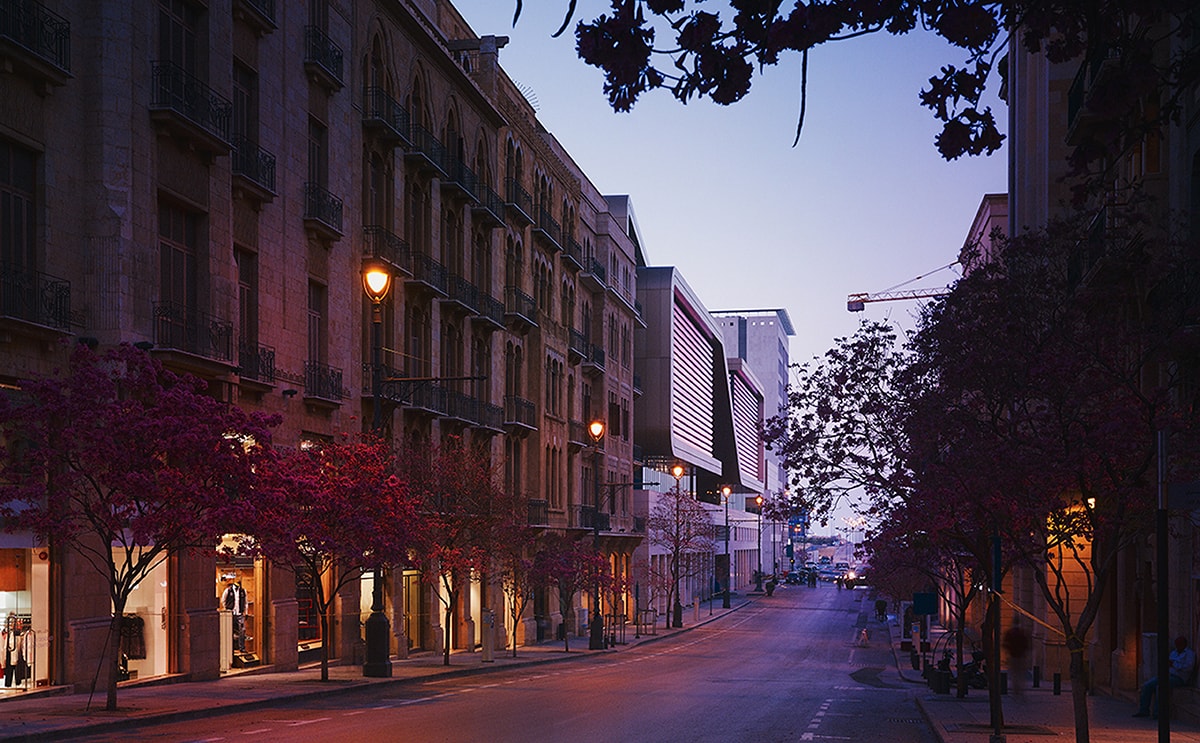 According to the lighting designers, the building should emit light itself, becoming a source of expression in the city. Also, the desire to make the night-time desirable to enliven the neighbourhood. 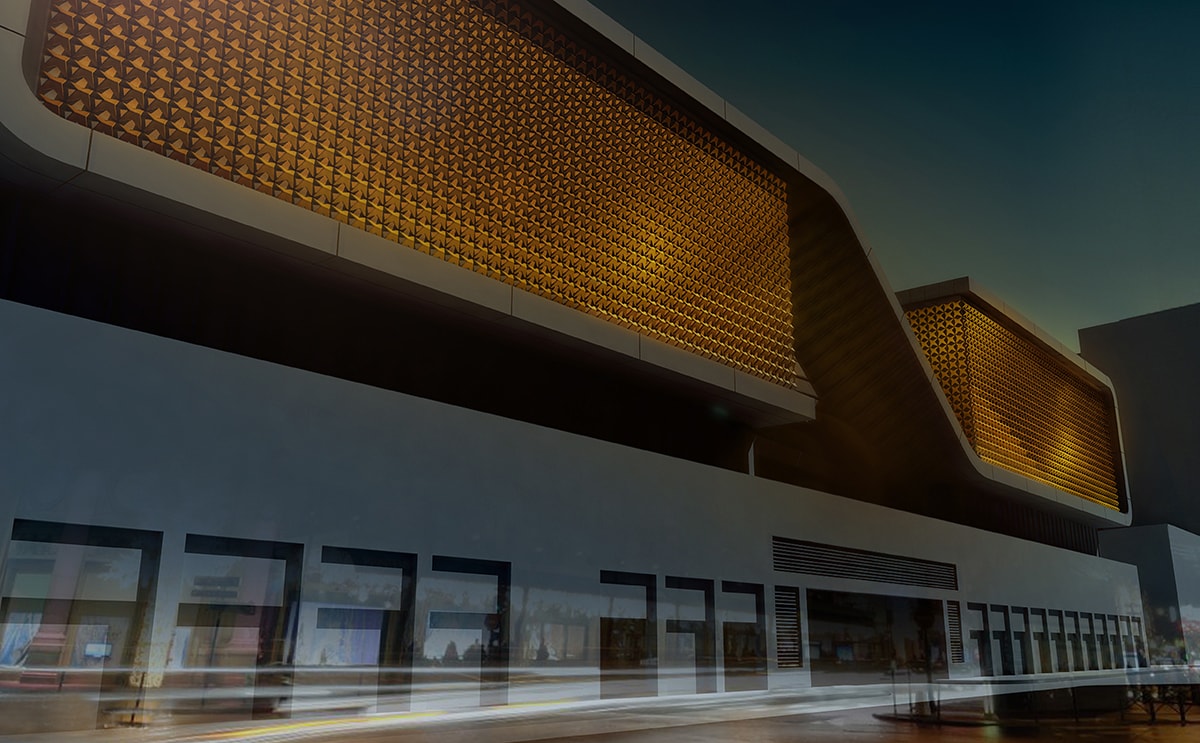 SACO developed a textured polycarbonate module like a prism and provided the internals with RGB LED lights. 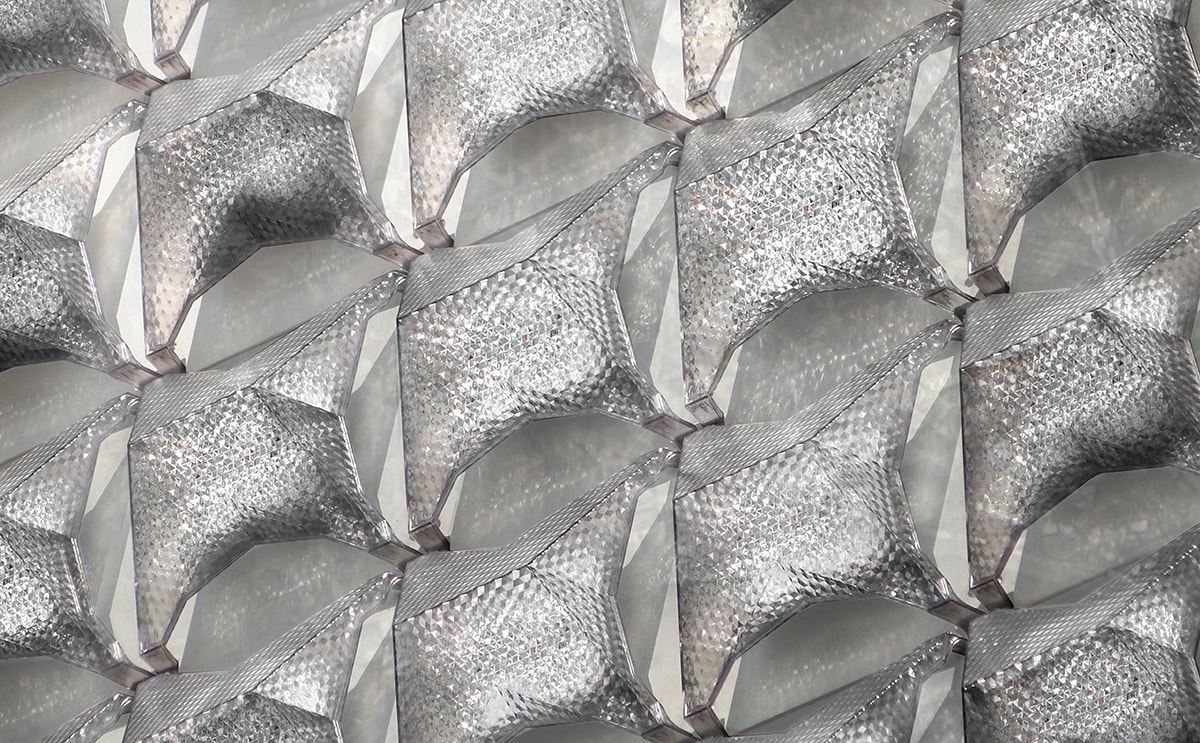 This bright and transparent object becomes a pixel that multiplies to create a lustrous surface. 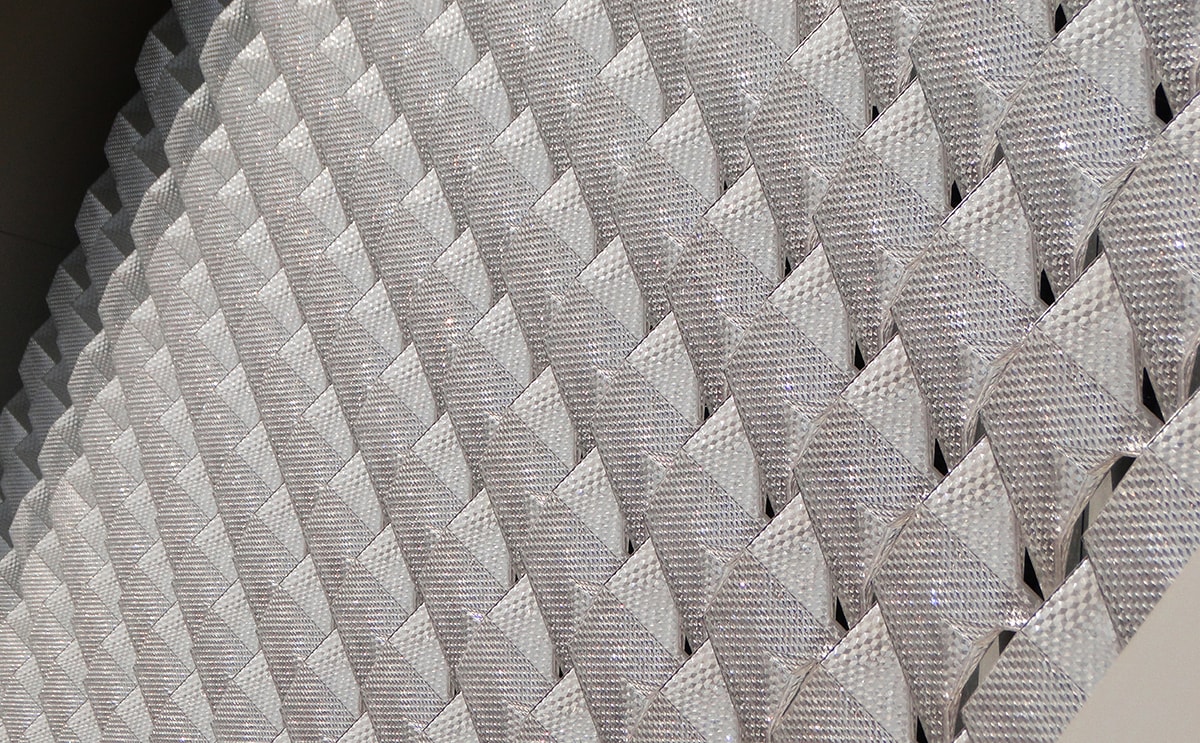 The low-res facades give a sense of scalable textures that glows quietly at dusk but naturally shines during the day with sunlight. 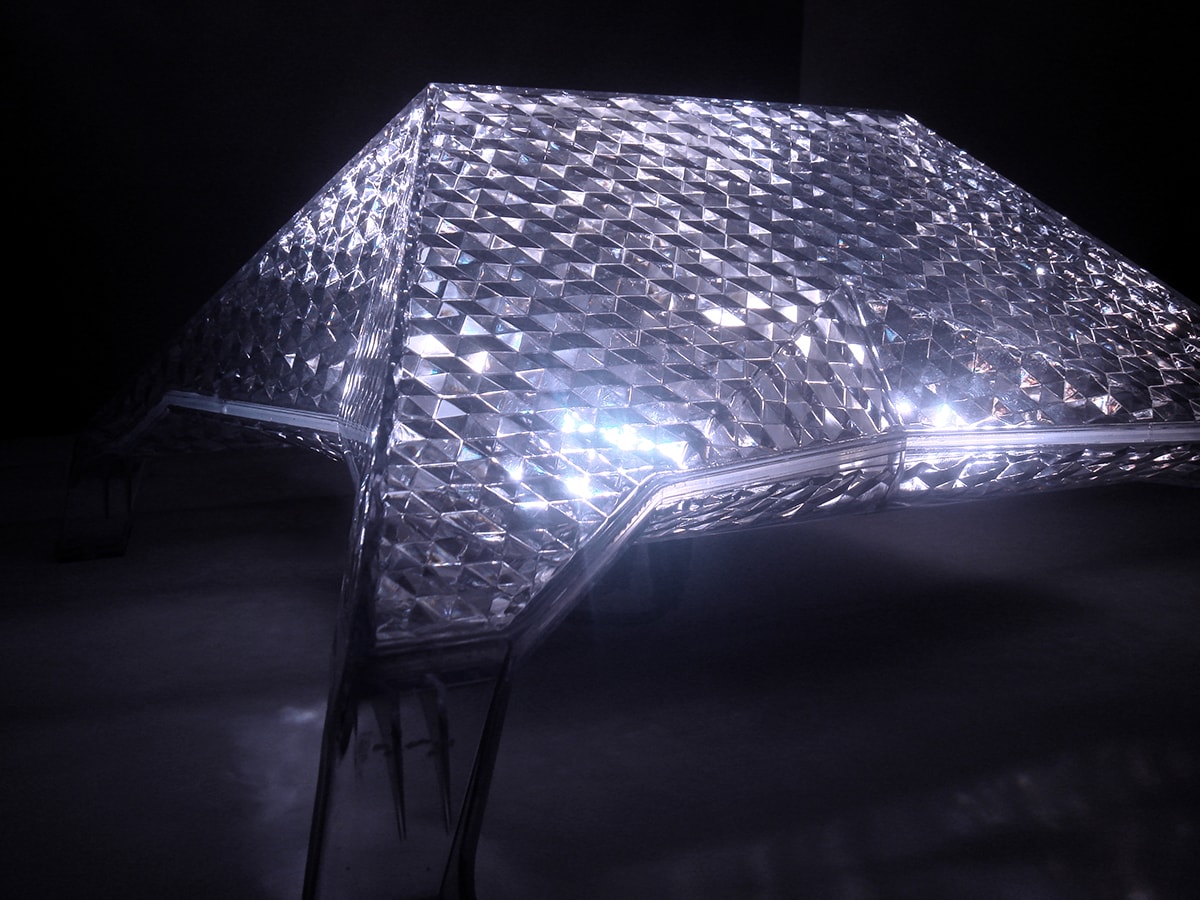 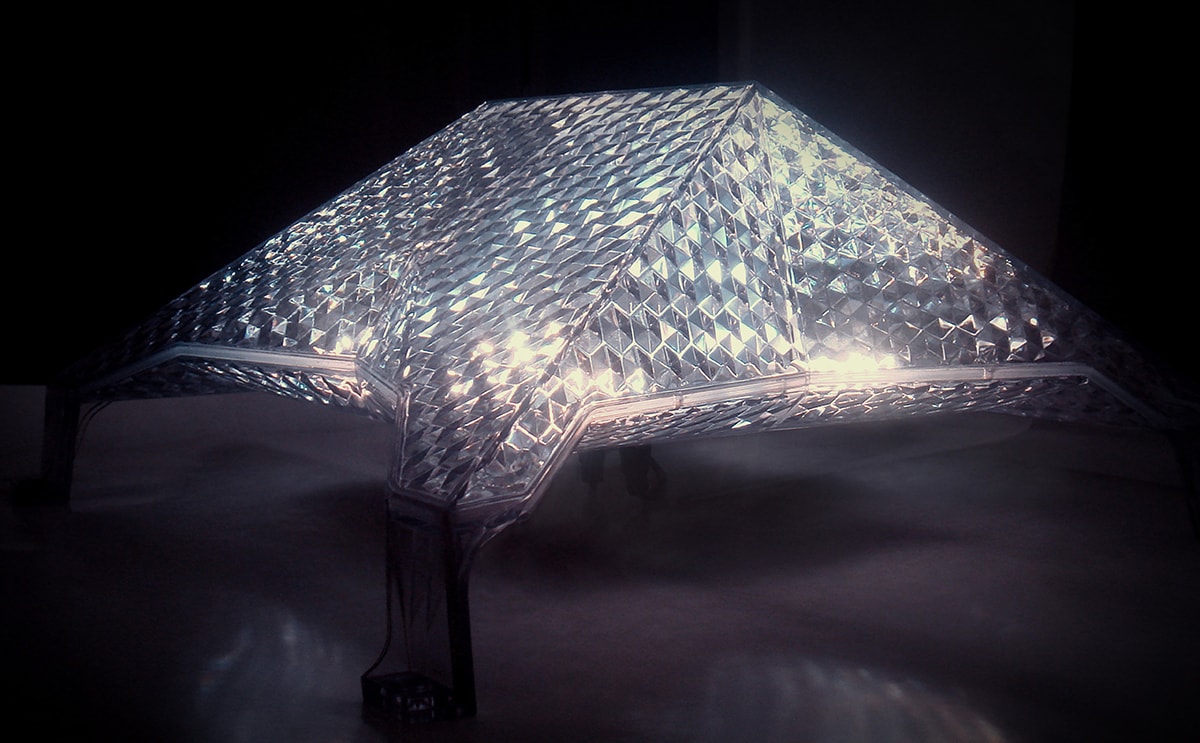 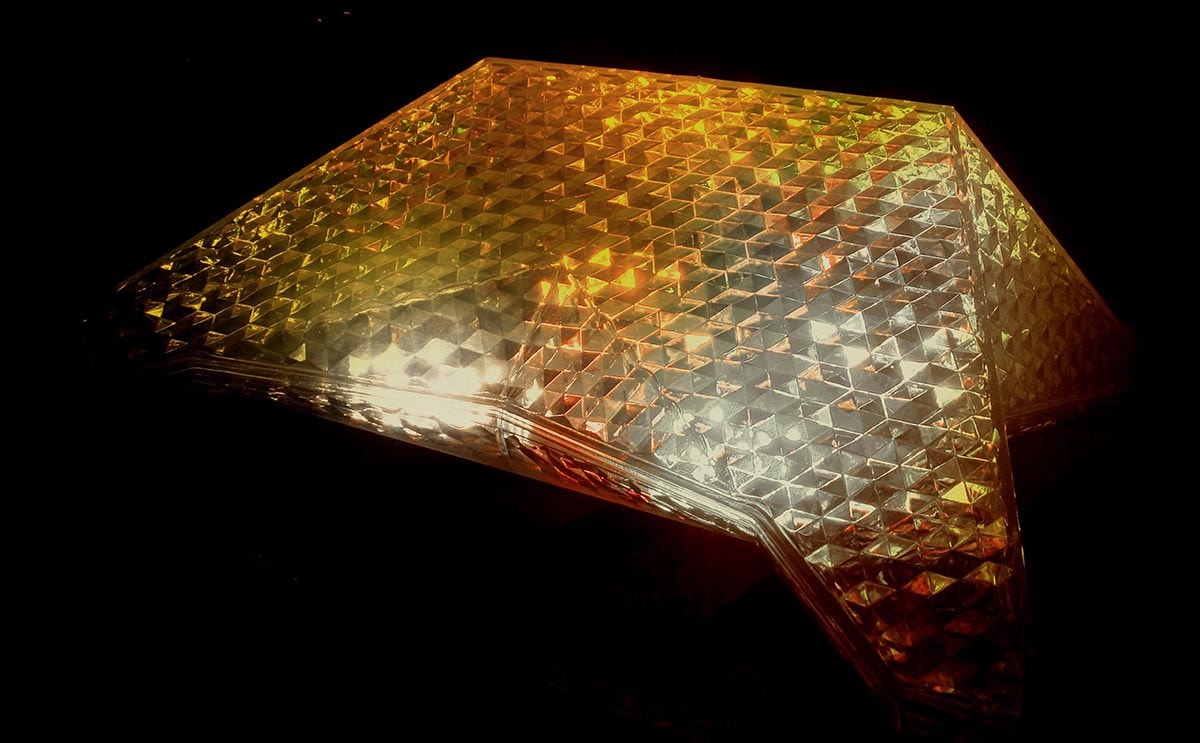 It was also a challenge to find the right material to design these 4844 modules that were to be resistant to UV and wind, but without incurring heavy loads to the facade. 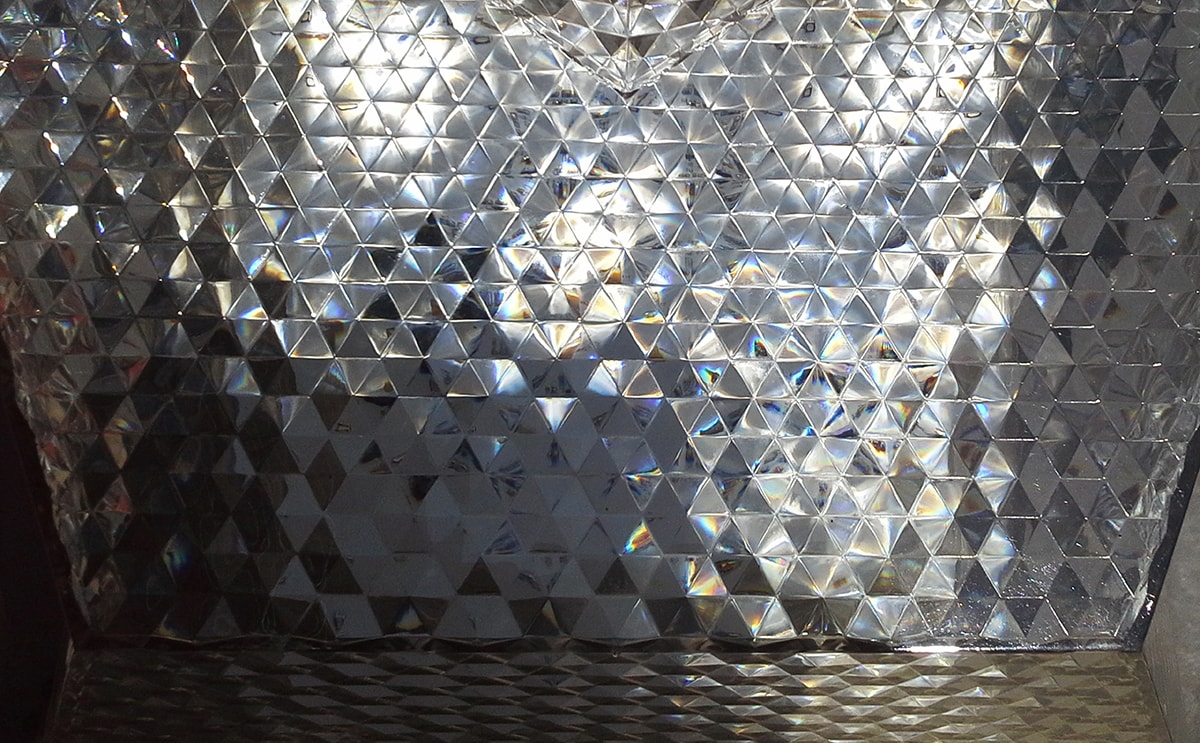 With the theme of the four seasons, this rough texture repeats the warm light tone of the neighbourhood. 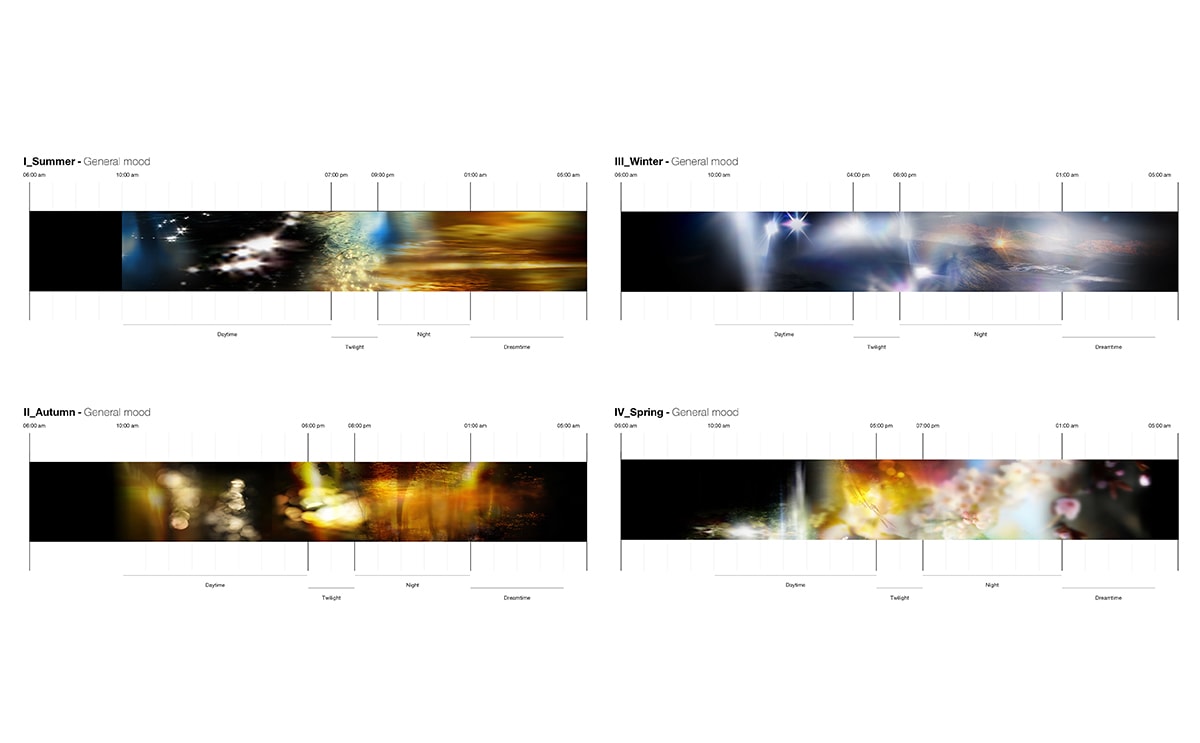 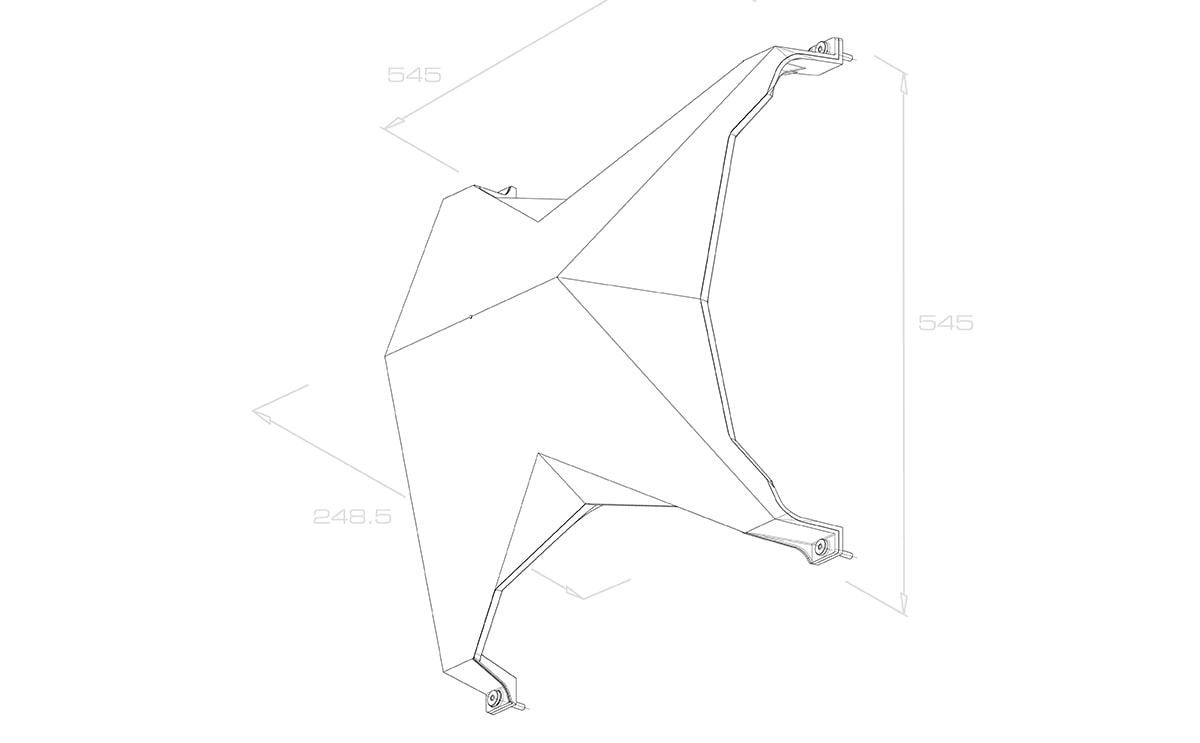 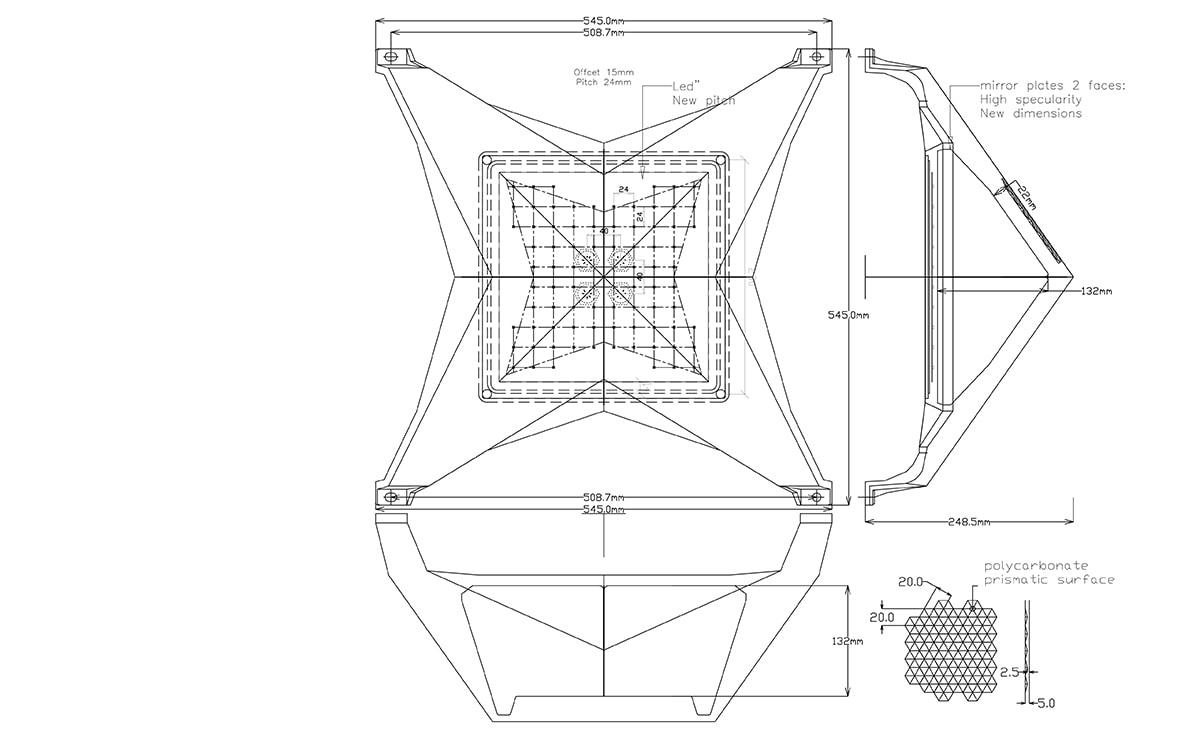